Waste hydrogen from chemical plants reused as fuel to generate electricity and heat.

The mission of Hydrogen Park is to conduct in Marghera some demonstrations on the various potentials of using hydrogen, aimed to acquiring all information useful for the evolution of the various technologies available and their industrial and civilian applications. In Marghera, one of the largest and well equipped industrial areas of Europe, hydrogen, in fact is present on a large scale as a residual product of the various chemical productions. Plus, in this area there are important industrial structures that already handle the production line of hydrogen and guarantee a solid know-how for applications in the standing sector as well as transportation. The use of pre-existing resources, reasons for opportunities and interests shown by the industries present in the area are the reasons that have contributed to elect Porto Marghera as an ideal sitefor starting such initiatives.

Based on such elements, Hydrogen Park has promoted the development of the following projects:

- DEVELOPMENT OF INNOVATIVE HYDROGEN PRODUCTION TECHNOLOGIES AND ELECTRICITY FROM COAL AND BIOMASS (ENEL);

- EXPERIMENTAL ACTIVITY TO DEVELOP A FUEL CELL SYSTEM ON AN ELECTRIC BOAT FOR THE PUBLIC TRANSPORT IN VENICE (CALLED "VAPORETTO") (VENEZIA TECNOLOGIE);

- PRODUCTION OF ELECTRIC POWER AND HEAT ENERGY BY SYNGAS. THE SYNGAS IS PRODUCT BY BIOMASS AND ANOTHER ORGANIC WASTE (SAPIO);

- EXPERIMENTATION INTO OPERATION PLANTS OF: MICRO COGENERATION TECHNOLOGIES FOR BOTH POWER AND HEAT BY 5 KW FUEL CELL AND MINI REFUELLING STATIONS FOR HYDROGEN POWERED VEHICLES (SAPIO); 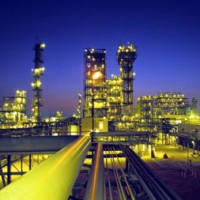